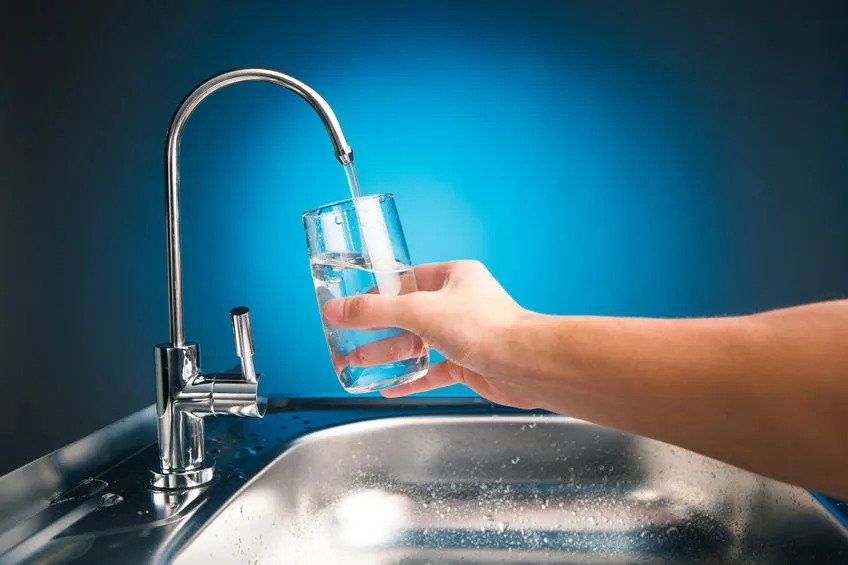 Legal limits for contaminants in tap water have not been updated in almost 20 years.  This means that all we have been learning about the impact chemicals have on human health haven’t been applied to city-provided legal guidelines for the water you and your family consume.

According to the Environmental Working Group (EWG), Davenport Mob Est tap water contains 10 total contaminants; 4 of which exceed EWG’s Health Guidelines.  The four include Haloacetic Acids (HAA5); Nitrate, Thallium (which was over the legal limit too), and Total trihalomethanes (TTHMs).

HAA5 is the by-product of disinfectants that municipalities must use to avoid exposing people to microorganisms that cause illness. However, according to the Minnesota Department of Health – people who drink water containing haloacetic acids over many years may have an increased risk of getting cancer.  Davenport Mob Est tap water HAA5 levels were 55x higher than EWG Health Guideline.

Nitrates are one of the most common groundwater contaminants in rural areas.  Excess levels can be deadly to infants causing “blue baby” disease.  Consuming too much nitrate can affect how blood carries oxygen.  According to the Minnesota Department of Health, there has been a growing body of literature that exposure to nitrates can cause increased heart rate, nausea, and headaches.  Some studies also suggest an increased risk of cancer (especially gastric cancer).  Davenport Mob Est tap water contains nitrate levels 3.6x EWG’s Health Guideline.

Thallium is a metal found in natural deposits as ores containing other elements.  The EPA set the Maximum Level for this contaminant at 2ppb because the EPA believed (at the time) that given technology in 1992, this was “the lowest level to which water systems can reasonably be required to remove this contaminant”.  58 utilities in Florida are above the EPA guidelines for Thallium contamination.  Even short exposure to high levels can cause hair loss, and liver damage, and can impact the central nervous system (higher exposure over longer periods of time has the most impact). Davenport Mob Est tap water contains 3ppb; which exceeds the legal limit.

Total trihalomethanes (TTHMs) are the result of a reaction between chlorine used to disinfect tap water and natural organic matter in the water.  TTHMs have been associated with cancers and adverse reproductive outcomes.  Chloroform is the TTHM found in the highest concentrations according to the New Hampshire Department of Environmental Services.  “The largest source of human exposure to TTHMs in the U.S. is from the consumption of chlorinated drinking water” (Fact Sheet, New Hampshire Department of Environmental Services).  Short-term effects can include cardiac arrhythmia, and abnormal kidney, and liver.  “In {longer termed] studies of human populations using chlorinated drinking water in which chloroform is the predominant TTHM, small increases in the incidence of rectal, colon, and bladder cancer have been consistently observed, with evidence strongest for bladder cancer.” Davenport Mob Est tap water contains 12x the EWG Health Guideline amount.

How do you protect yourself?

Reverse Osmosis is the best solution to filter out these contaminants and others that can cause cancers.  Carbon filters (that are built into refrigerators or in pitchers) cannot remove.

This multi-staged water filtration system provides the highest quality of drinking water for less than 50¢ per gallon versus the high price of bottled water. Plus, the Hague Reverse Osmosis produces more drinking water for every gallon that goes down the drain to flush the filtered contaminants compared to ordinary systems that waste significantly more water.

In addition to superior water quality, the H6000 eco-friendly water purification system offers convenience. The environmentally friendly carbon and RO filters are easy to quickly change out and have almost no environmental impact since they feature much less plastic than ordinary filters.